The Language of Eighteenth-Century American Colonial Sermons. A Rhetorical and Stylometric Analysis

The 3-year project was financed by the Polish National Science Centre (OPUS 2014/13/B/HS2/00905) and carried out in the Institute of English Studies at the Jagiellonian University, Kraków, Poland in 2015-2018 by dr Jan Rybicki (project director) and dr Michal Choiński (lead researcher).

The aim of the project was to apply stylometry for the study of ca. 300 sermons delivered and published in American colonies – in particular, the revival sermons of the Great Awakening period (1739–1744). The project sought to prove that the rhetorical features of revival sermons are inextricably linked with their genre as well as the cultural context in which they came into existence. By analysing a large corpus of sermons, assembled and processed for the purpose of this project, the researchers sought to establish the said features with respect to particular preachers: Jonathan Edwards, George Whitefield, Jonathan Parsons, Samuel Blair and Gilbert Tennent, as well as to investigate the relationships between them.

The Image of God in Jonathan Edwards’s Sermons

As part of the project, Choiński and Rybicki studied the way in which the figurative representation of God changes over time in the sermons of the most famous preacher of the Great Awakening period, Jonathan Edwards (1703–1758), whose Sinners in the Hands of an Angry God, is often provided as representative for the fire and brimstone pulpit oratory. Contrary to these common sentiments, from the statistical standpoint, the figurative representation of God in Edwards’s entire sermonic corpus turned out to be much more complex and positive.

As explained by the Choiński and Rybicki, “The research proves that the image of God in Edwards’ writings is both multifaceted and mutable. The complexity resides in the Almighty being simultaneously portrayed as an object of religious reverence and a dynamic sustainer of the visible world. Statistically, “an angry God” from Sinners or Future Punishment is but an addition to an otherwise deeply devotional and benevolent depiction. Also, central as Edwards’s image of God remains for most texts within the oeuvre, one can hardly claim it to be perdurable. Looking at the rich corpus of the studied texts from a wider comparative perspective and with the help of stylometry, we have been able to discern a stable evolution of the manner in which Edwards talks about God, a movement from the early sermons, towards the style of the treatises and philosophical writings.” (From: Choiński and Rybicki, 2017). 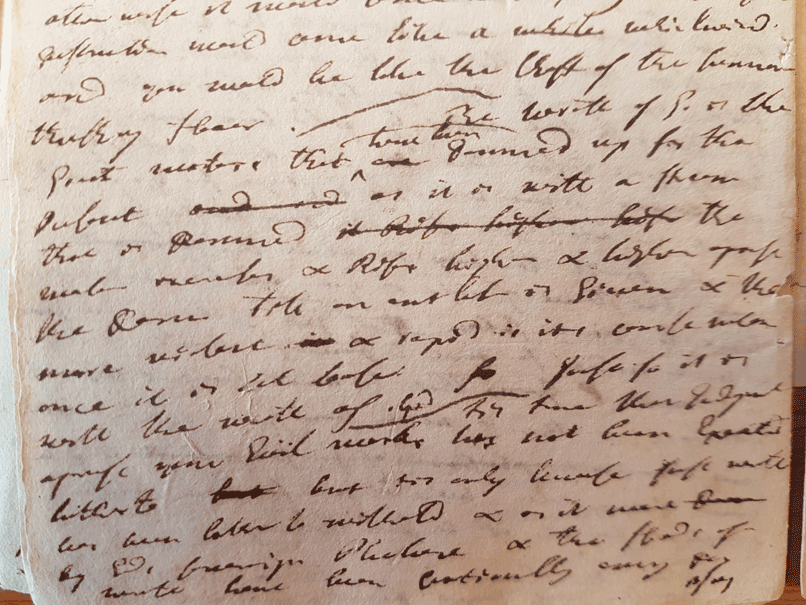 Fig. 1. Preaching notes used by Jonathan Edwards for the delivery of Sinners in the Hands of an Angry God in 1740. Photo taken by dr Michał Choiński during his research stay at Yale University in October 2017.

The three-dimensional network diagram below shows the scale of similarities and differences between individual texts by two colonial preachers, Jonathan Edwards and George Whitefield (1714–1770), based on the frequencies of the most often occurring words. Noteworthy is the closeness of Edwards’s sermons and one of Whitefield’s texts – a sermon The Care of the Soul urged as the One Thing Needful. Whitefield delivered this sermon on Kennington Common on May 20th 1739. Normally, such affinity could be indicative of authorial collaboration (or, at least, the use of similar rhetorical mechanisms).

Another element of the project consisted in the study of the relationship between Jonathan Edwards and Thomas Foxcroft, Edwards’s editor and literary agent. For the purpose of this study, Choiński and Rybicki used two quantitative methods: word frequencies were compared between various texts using the Delta procedure; then, the Rolling Classify method was employed to look for particular traces of the editor’s signal in consecutive segments of several Edwards’s treatises. Choiński and Rybicki explain that “During his service in Northampton and Stockbridge, Edwards relied on Foxcroft’s expertise as an editor and literary agent for many of his best-known publications, including The Life of Brainerd (1749), An Humble Inquiry (1749), Freedom of Will (1754), and Original Sin (1758). Edwards placed great trust in Foxcroft’s erudition and skill to carry out corrections as he intended them.

The results of the research conducted in the project were presented at a number of conferences:

as well as at number of guest talks delivered at:

The project was featured in an article of Science in Poland (scienceinpoland.pl). 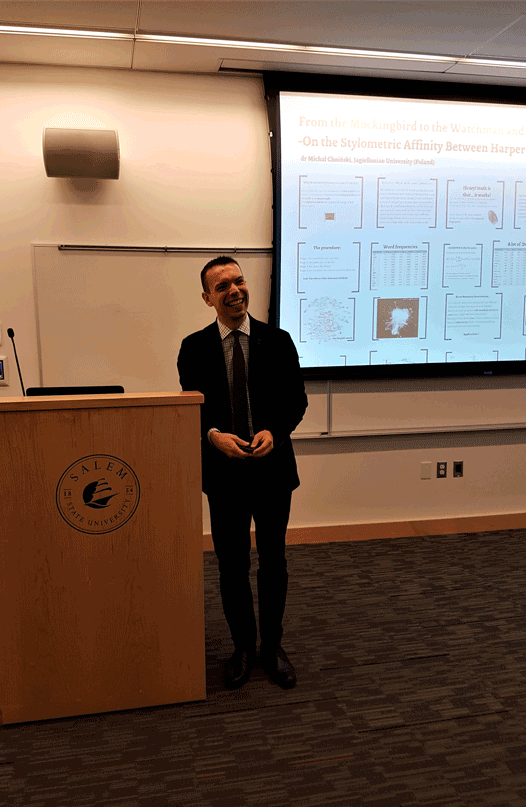 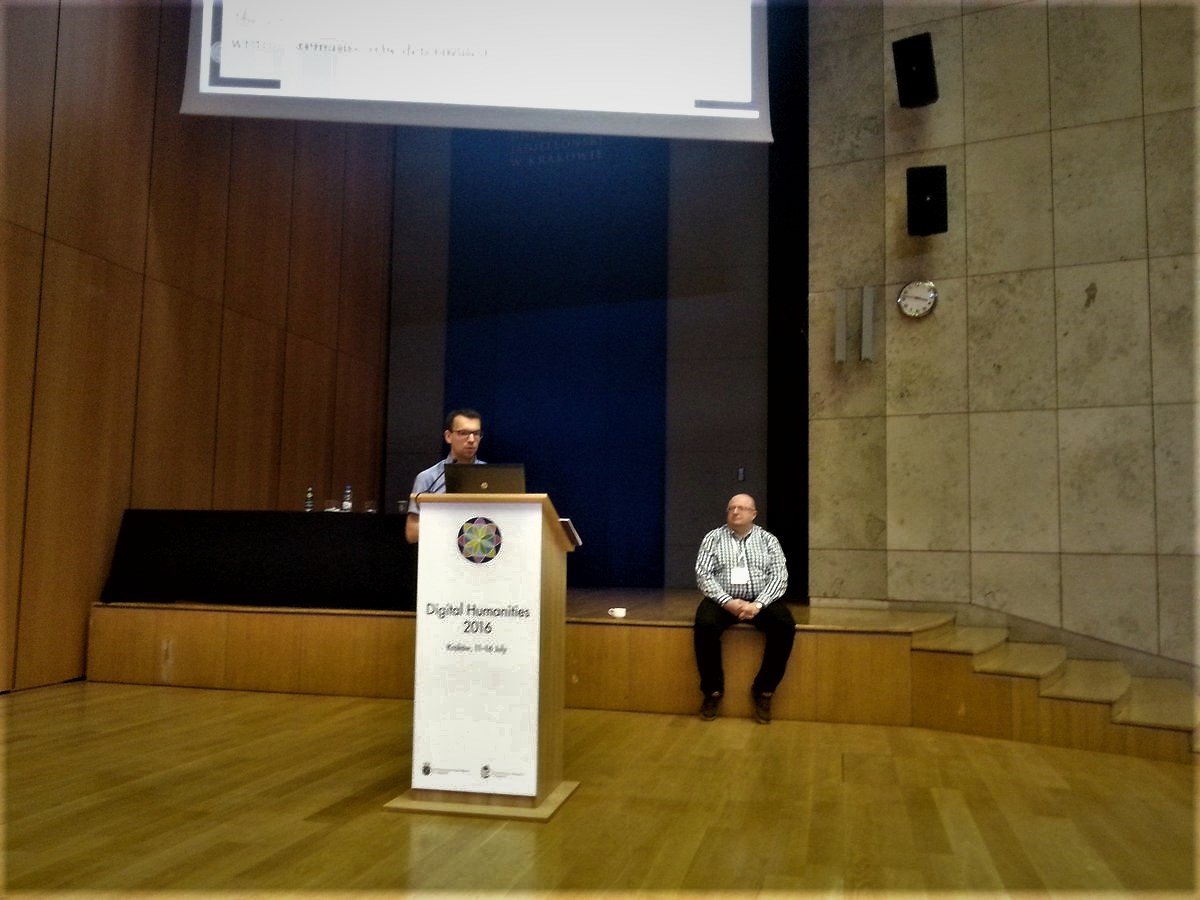